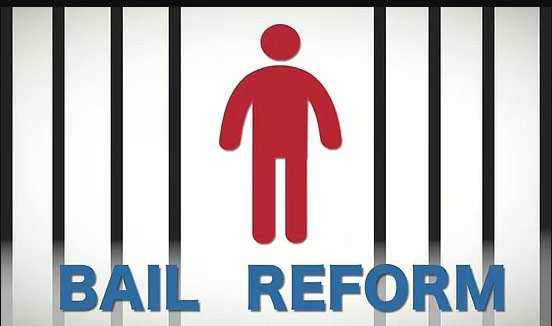 You get the call. Your client has been arrested and has a pending bail hearing. You scramble to continue a different hearing that is scheduled for the same day, same time but in a different county.

Then you get to work gathering personal information from your new client, as well as his or her criminal record. You’re all set to go and ready to get your client sprung. But then you find out the judge isn’t exactly a friend of the defense bar. Your weapon? Rule 6.02 of the Minnesota Rules of Criminal Procedure.

Rule 6.02 states: “[O]n appearance before the court, a person must be released on personal recognizance or an unsecured appearance bond unless a court determines that release will endanger the public safety or will not reasonably assure the defendant’s appearance”.

This language is pretty clear.

Unless there is a public safety concern or evidence that your client won’t appear at future court dates, release without bail is required. So, a Judge must first decide if those concerns are relevant to your particular client. If so, the judge then has a mandatory roadmap that must be followed in making a conditional release or monetary bail decision.

A further reading of Rule 6.02 provides that roadmap. The rule states that, “[W]hen this determination is made, the court must, either in lieu of or in addition to the above methods of release, impose the first of the following conditions of release that will reasonably assure the person’s appearance as ordered, or, if no single condition gives that assurance, any combination of the following conditions:

(a) Place the defendant under the supervision of a person who, or an organization that, agrees to supervise
(b) Place restrictions on travel, association, or residence during release
(c) Require an appearance bond, cash deposit, or other security
(d) Impose other conditions necessary to assure appearance as ordered

As the rule makes abundantly clear, once the determination is made that a defendant won’t be released on his or her own recognizance, the ONLY purpose of bail or conditions is to assure future appearance.

This is where judges and prosecutors routinely either ignore, or don’t understand, the rule of law as it relates to bail or conditional release.

Assume your client has been arrested for felony assault. Due to the nature of the charge, the judge determines that there is a public safety risk. Consequently, it’s time to decide what, if any, bail or conditions of release will be imposed.

Now assume your client has no criminal history, or has prior convictions but never missed a court date in the past. As any responsible defense lawyer will argue, “Your Honor, no evidence has been presented that my client won’t appear as ordered. Therefore, we request an ROR”.

However, as all of us defense lawyers know, prosecutors often ask for high bail because “the public is at risk”. This ignores the rule that requires bail or conditions ONLY if future appearance is an issue.

Even more alarming is that judges routinely ignore the law, order high bail, and justify it by saying that they are “concerned about public safety”.

Although public safety is a factor in determining conditional release or bail, it MUST relate to future appearance. It can’t be used in a vacuum.

By making a monetary bail decision based on public safety, when it has no relation to future appearance, the law is being purposely ignored. And this is exactly what judges do on a regular basis.

It is incumbent on defense lawyers to vigorously argue that the rule isn’t subject to interpretation. It is unambiguous. (See: State v Martin). We need to call out the judges who ignore the law and continue to fight for the rights of our clients.

GET IN TOUCH WITH US

OUR AREAS OF PRACTICE