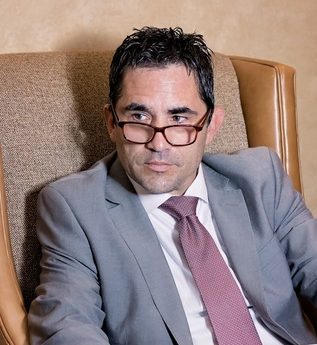 My name is Carson J. Heefner and I’m a criminal defense trial lawyer. I have over 20 years experience defending people charged with crimes in State and Federal court, having handled well over 2000 cases, ranging from speeding tickets to murder. I have also represented clients in over 60 appeals in both the Minnesota Court of Appeals and the Minnesota Supreme Court.

I grew up in the Linden Hills neighborhood of South Minneapolis and attended Southwest High School. After high school, I attended the University of Wisconsin-Madison and graduated in 1993. I then enrolled at William Mitchell College of Law, graduating with honors in 1998. Two years after completing law school, I graduated from the National College for DUI Defense in Cambridge, Massachusetts. It is an intensive training course for defending those accused of DWI/DUI.

​
I have been practicing exclusively in the area of criminal defense for over 20 years. I believe that focusing on one particular area of the law, rather then multiple disciplines such as family and personal injury law, is a recipe for unparalleled representation. Focusing on only criminal law has allowed me to regularly keep up on developments in the field, and become an extremely effective and successful advocate.  I have represented people from all walks of life, with different backgrounds and experiences, and have learned that no matter the client, no matter the severity of the offense, being more prepared than a prosecutor is the key to a successful defense. I have used that same-work ethic while defending cases as serious as a Murder charge, and as minor as disorderly conduct.

During the course of my career, I have been instrumental in changing and defining bail and conditional release law in the State of Minnesota. I helped convince the Minnesota Supreme Court that cash only bail is unconstitutional, successfully argued in the Court of Appeals that a defendant is entitled to release on bail only without the various onerous conditions that are typically imposed by the Court and prevailed at the Supreme Court in arguing that the policy of setting bail solely due to public safety concerns is unlawful. These cases are routinely used by other defense lawyers in bail arguments throughout the State of Minnesota.
​
In the fall of 2013, I argued a very important Fourth Amendment case before the Minnesota Supreme Court. My client was charged with felony drug possession after the vehicle in which he was a passenger was stopped. The driver was a suspected drug dealer, and my client was searched simply for being a passenger.
​
I argued in District Court that a warrant was required to conduct that search. I lost and appealed to the Minnesota Court of Appeals. The Court concluded that, under any circumstance, a person can be searched simply for being in a vehicle driven by a suspected drug dealer; the so-called “automatic companion” rule.
​
Appalled by what I saw as a degradation of privacy rights, I requested review by the Minnesota Supreme Court, which is notorious for accepting a very small number of cases. In fact, roughly 10% of cases that are appealed to the Supreme Court are accepted for review. My request was granted, and the Court concluded that the “automatic companion” rule was a clear violation of one’s right to be free from unreasonable searches.
​
I live in South Minneapolis and enjoy, amongst other things, golf, skiing, travel, and spending time with my two amazing kids. Contact me today to discuss your case.

GET IN TOUCH WITH US

OUR AREAS OF PRACTICE